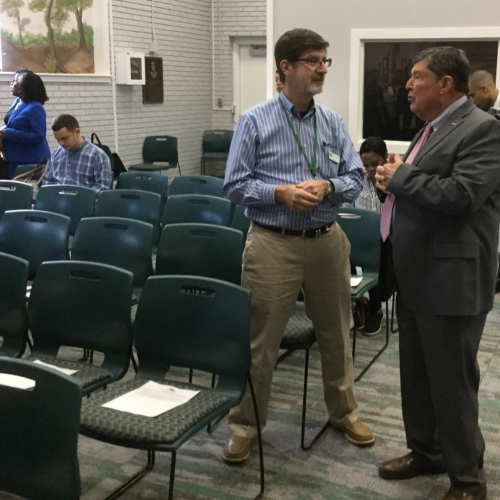 When enrollment declines between the time Savannah-Chatham County public schools projects classroom numbers during the spring budget process and the following November, the district isn’t responsible for paying back the funds it received based on the higher number.

But two charter schools that faced lower enrollment this past school year won’t be granted the same courtesy, the school board said Wednesday. The board voted 8-1 at its regular meeting June 5 to require Savannah Classical Academy and Coastal Empire Montessori Charter School to repay a total of $982,000 to the school district over the next two years because their 2018-19 enrollments were lower than budgeted.

Savannah Classical Academy will have two years to return to the district $591,953, due to a mid-year adjustment in revenue tied to enrollment. The school’s enrollment declined last summer, after the fiscal 2019 budget process, largely because the Georgia Department of Education put an enrollment moratorium into effect. The Department of Education lifted the moratorium just before school opened after the school’s Georgia Milestones Assessment System scores improved dramatically from the prior year, but it was too late to recover from the enrollment decline.

“I’ll just say I’m disappointed in their decision,” Savannah Classical Academy Director Barry Lollis said Friday about the school board’s decision. The board’s vote came after months of a “should we or shouldn’t we” discussion about whether the charters should be forgiven, or “held harmless” from, the funds some insisted the schools owed the district due to enrollment declines.

Coastal Empire Montessori Charter School is expected to return $390,593 to the district over the next two years because its enrollment declined when it dropped a class. Three other charter schools are receiving increases, including $53,000 for Tybee Island Maritime Academy, $74,000 for Oglethorpe and $328,439 for Susie King Taylor Community School, according to board documents.

The board’s vote didn’t go the way the two charters that are required to repay funds hoped it would. “The negative midterm adjustment proposed for Coastal Empire will wipe out approximately 45 percent of our general fund balance,” Bill Kovach, CFO for Coastal Empire Montessori Charter School, told the board Wednesday.

Kovach said the board’s decision to require repayment violates state Department of Education regulations. He cited Georgia Code 20-2-162 and said it holds school districts harmless from having to return funds based on enrollment recalculations even if students transfer to other districts.