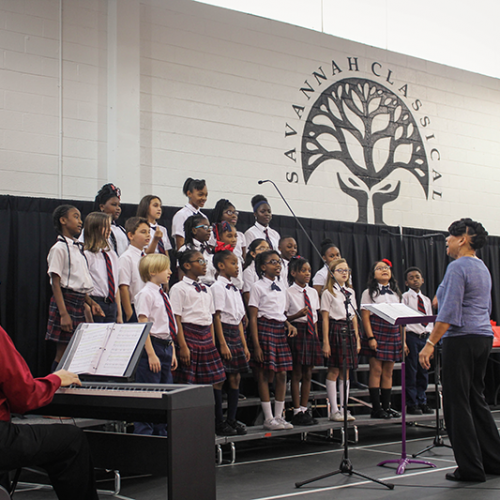 SAVANNAH, GA – January 20, 2020 – On Wednesday, Jan. 15, Savannah Classical Academy (SCA) launched its new donor recognition program with a special event recognizing 16 community partners who have helped SCA grow into what it is today.

The Savannah Classical Academy (SCA) was founded in Chatham County in 2013 as a lottery enrollment public charter school. SCA’s mission is to provide every child with a classical and academically rigorous education while instilling a commitment to civic virtue and moral character. SCA is committed to developing literate and articulate students who will become active, responsible members of the community and will make a positive contribution to society.