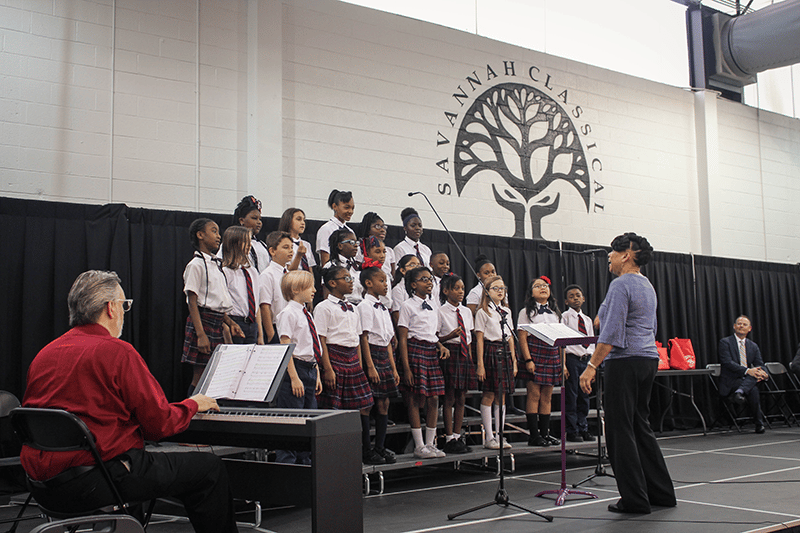 SAVANNAH, GA – January 20, 2020 – On Wednesday, Jan. 15, Savannah Classical Academy (SCA) launched its new donor recognition program with a special event recognizing 16 community partners who have helped SCA grow into what it is today.

The Savannah Classical Academy (SCA) was founded in Chatham County in 2013 as a lottery enrollment public charter school. SCA’s mission is to provide every child with a classical and academically rigorous education while instilling a commitment to civic virtue and moral character. SCA is committed to developing literate and articulate students who will become active, responsible members of the community and will make a positive contribution to society.

ATTENDANCE CHALLENGE!! Calling all students, if you have perfect attendance (No Absences - Excused or Unexcused…

SAVANNAH, GA – March 18, 2020 – Savannah Classical Academy (SCA) announces that the charter school is partnering with Soho South Café to provide meals for students beginning tomorrow, Thursday, March 19 through Sunday, March 22. This support from Soho South Café has been offered to help the families of SCA students during this time of health and economic uncertainty amid the COVID-19 pandemic. This program will run initially for four days before the Savannah Chatham County Public Schools System (SCCPSS) initiates a meal service program for students which is anticipated to begin after Spring Break on Monday, March 23.
Recent Posts
Recent Comments
Archives
Categories
Meta
© 2019 Savannah Classical Academy | All Rights Reserved | developed by LFPR
Back To Top